Wesley Geer is a professional guitar player, songwriter, recording artist, and producer, who signed his first record deal to Jive Records with the band he founded, (Hed) P.E.  Wes toured the world for nearly a decade, and the band sold over 1 million records worldwide.   Their music was on high rotation on MTV, radio stations, as well as having numerous placements in popular feature films, TV and video games.

What many didn’t know at the time was while he was masterminding, and leading his band to the member’s first-ever record deal, Wes was a full-blown drug addict, using alcohol, meth amphetamines and other drugs, daily, for years.   As a progressive disease, no matter the efforts to quell his addiction and control it, things continually got worse.   After a nearly a decade of touring the world, with the biggest names in rock, Wes’ life was imploding, and he finally left in 2003, for a ‘lifestyle change’ that ultimately ended him up in rehab in 2004.

In rehab he learned tools for recovery, and latched onto the stories of others that had overcome their addictions, stories of people being so far down in a deadly hole, but somehow not only got sober, but achieved great things.  “These stories of hope were the guiding force that lead me out. These people had a tangible program of recovery proven to work, so I gave it a shot.”

The following years found Wes as an instructor at Fusion Academy & Learning Center, an alternative school where he taught music to 6th through 12th graders who had struggled in more traditional academic settings.  These same troubled students often succeeded in Fusion’s adaptive one-on-one learning environment.  Geer’s love of teaching blossomed during his time.  His classes served as the earliest prototype for R2R; he and one student at a time would write and play songs together. Geer said he quickly noticed “the engagement and the buy-in” the students had in these sessions was much greater than a typical ‘lesson’ as the student’s energy was transformed with hope and self-esteem while songwriting and playing music together.

In 2010, Wes decided he wanted to get back into music, and started praying and meditating on what that would look like.  Not long after, and only because he was sober, Geer was offered the gig as guitarist with the legendary rock band Korn.  He traveled the world performing in more than 40 countries with the multi-platinum stars, as well as appeared numerous live televised and studio recording sessions.

Geer was moved to give back, wanting to create something that could help people who struggled the same way he had.  He founded Rock to Recovery (R2R), a non-profit organization created in late 2012 with the purpose of providing those in various types of treatment and recovery programs the cathartic, uplifting, healing experience of connectivity through playing music.

It’s a therapy Geer himself turned to after years of abusing drugs and alcohol. During his stay in rehab he admits that music was his “most intimate friend” during his darkest days, allowing him to cope with the rollercoaster of emotions that consumed his early days in treatment.

“I remember being so raw, newly sober.  I picked up my guitar and I just started strumming, and that simple act of strumming a few chords had an impact on me like never before. The whole milieu would write these silly songs and we’d forget everything, and even the most dark, shy personalities would start singing and dancing.  That always stuck with me.”

In 2016, the Dept. of Defense granted Rock to Recovery® an official contract for their years of impactful work with the Air Force and Army Wounded Warriors that sees the charity travel nationally to various bases to work with these injured veterans.

That same year, Wes co-created the Rock to Recovery Award show and Concert, a unique and important event in the community that honors sober icons in the music community.  The sober events help raise funds for the organization as well as help destigmatize the disease of addiction by showing those in recovery that recovery is cool and is supported by a growing community of sober rock stars and other artists.  Past performers and honorees have included Corey Taylor, Chester Bennington, Wayne Kramer, Mike Ness, Steve Stevens, Fred Durst, Mark McGrath, Dean & Robert DeLeo, Franky Perez, Matt Sorum & Billy Morrison amongst others.

On Mar 3rd, 2017, in appreciation of the work Wes and Rock to Recovery do with the Air Force’s Wounded Warriors program, the USAF Thunderbirds offered him a ride in an F16 fighter jet- a privilege few people ever get.

Moving into 2018, exciting things lay ahead for Wes. Rock to Recovery Radio launched its first show on February 16th and the long-anticipated book is finally in the works.  With an ever-growing team and their 3rd annual Award show and Concert slated for September 2018, Wes and Rock to Recovery have become an undeniable force in the world of addiction and recovery

In Wes’ own words ‘No gig has been more enjoyable, no high better, than the work we get to do with Rock to Recovery!

‘Music is the Medicine’ 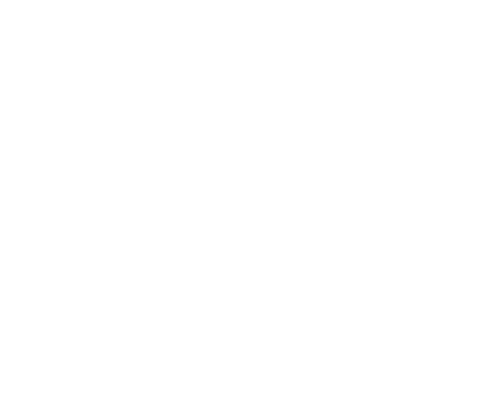